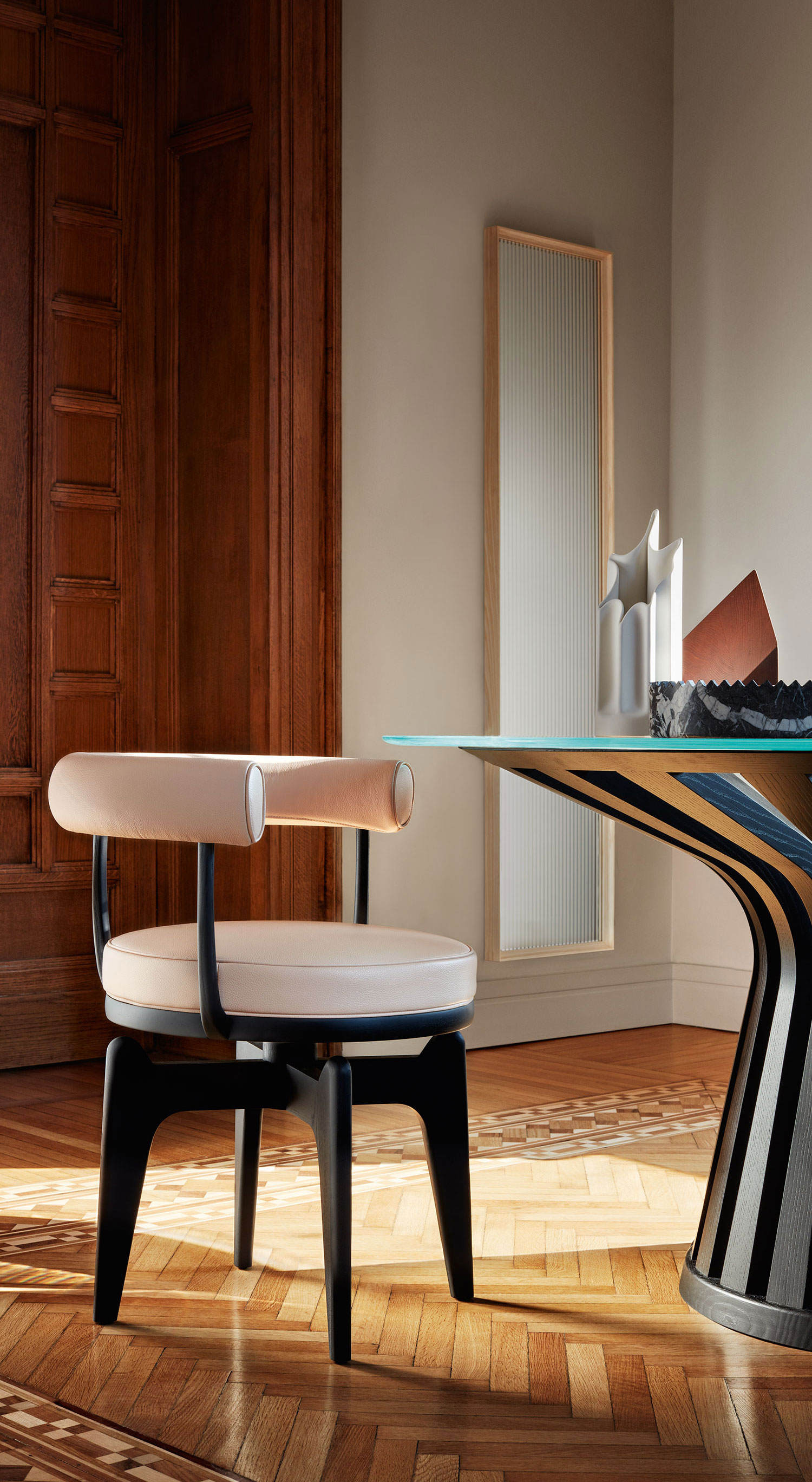 Designed in 1943 by Charlotte Perriand, this timeless design chair is the interpretation in wood of the LC7 modern chair in tubular metal designed by the same author.

This swivel armchair is a re-working of the LC7, whose frame was in tubular metal, and was the work of Charlotte Perriand in 1927. It was later exhibited along with other furniture that Perriand co-designed with Le Corbusier and Pierre Jeanneret for the 1929 Salon d’Automne in Paris. The original design was executed in Vietnam in 1943, using the materials and crafts techniques available during that war-time period. The first model had three legs, with a fourth added later. This piece reflects the designer’s flexible and resourceful approach: she often adapted her designs according to the availability of materials and where production was to take place. Cassina has re-issued Indochine in the full respect of the original design, interpreting it, and incorporating a solid wood base that highlights the excellence of the company craftsmen’s wood-working skills.

Charlotte Perriand full membership of that avant-garde cultural movement which, from the first decades of the twentieth century, brought about a profound change in aesthetic values and gave birth to a truly modern sensitivity towards everyday life. In this context, her specific contribution focuses on interior composition, conceived as creating a new way of living, still today at the heart of contemporary lifestyle. In the sphere of twentieth century furnishing history, the advent of modernity made possible the entrepreneurial audacity of this true reformer of interior design.

The swivel armchair was reinterpreted by Cassina while staying true to the original design, with exquisite solid wood construction in which the company’s artisanal excellence and attention to every joinery detail are evident. 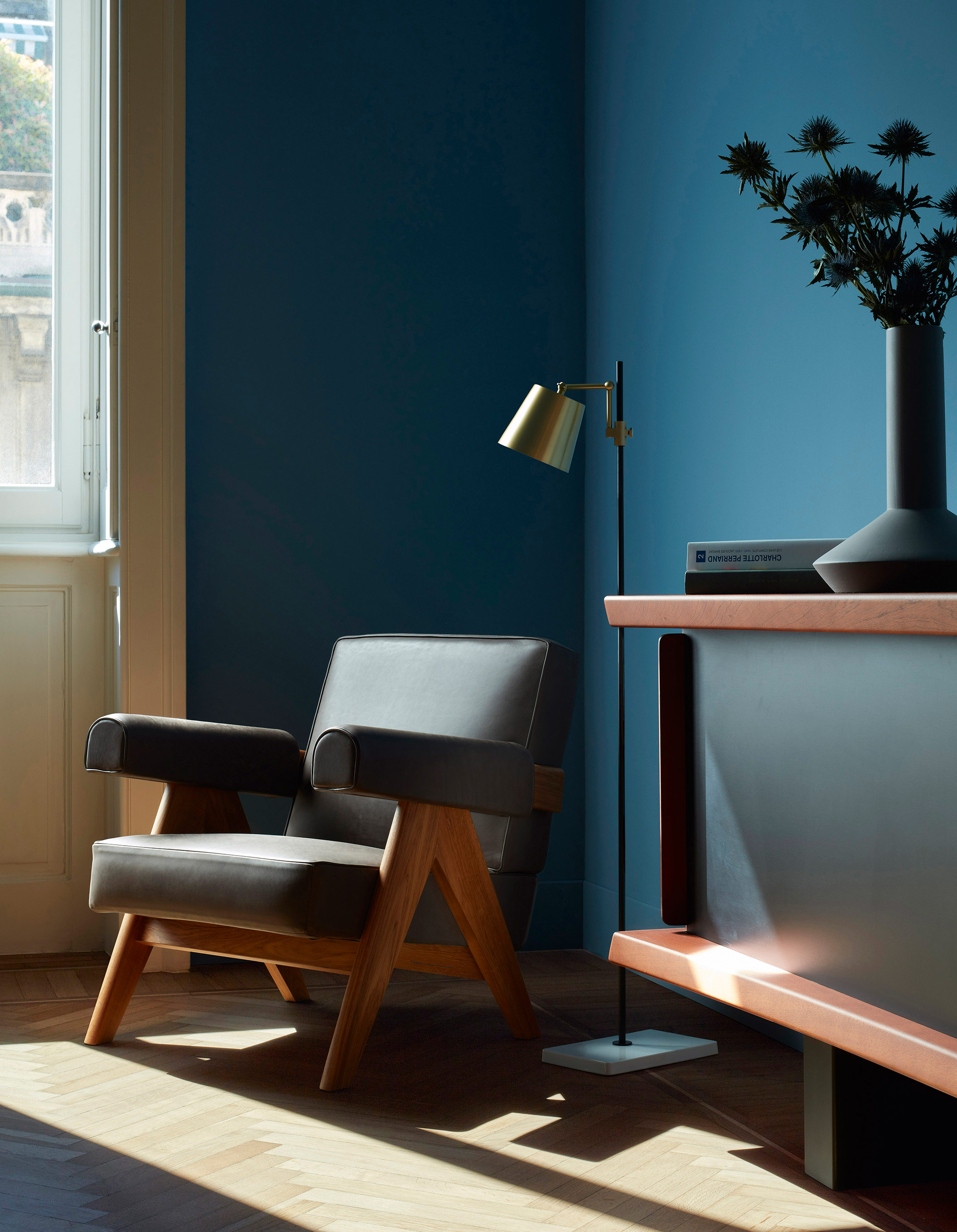 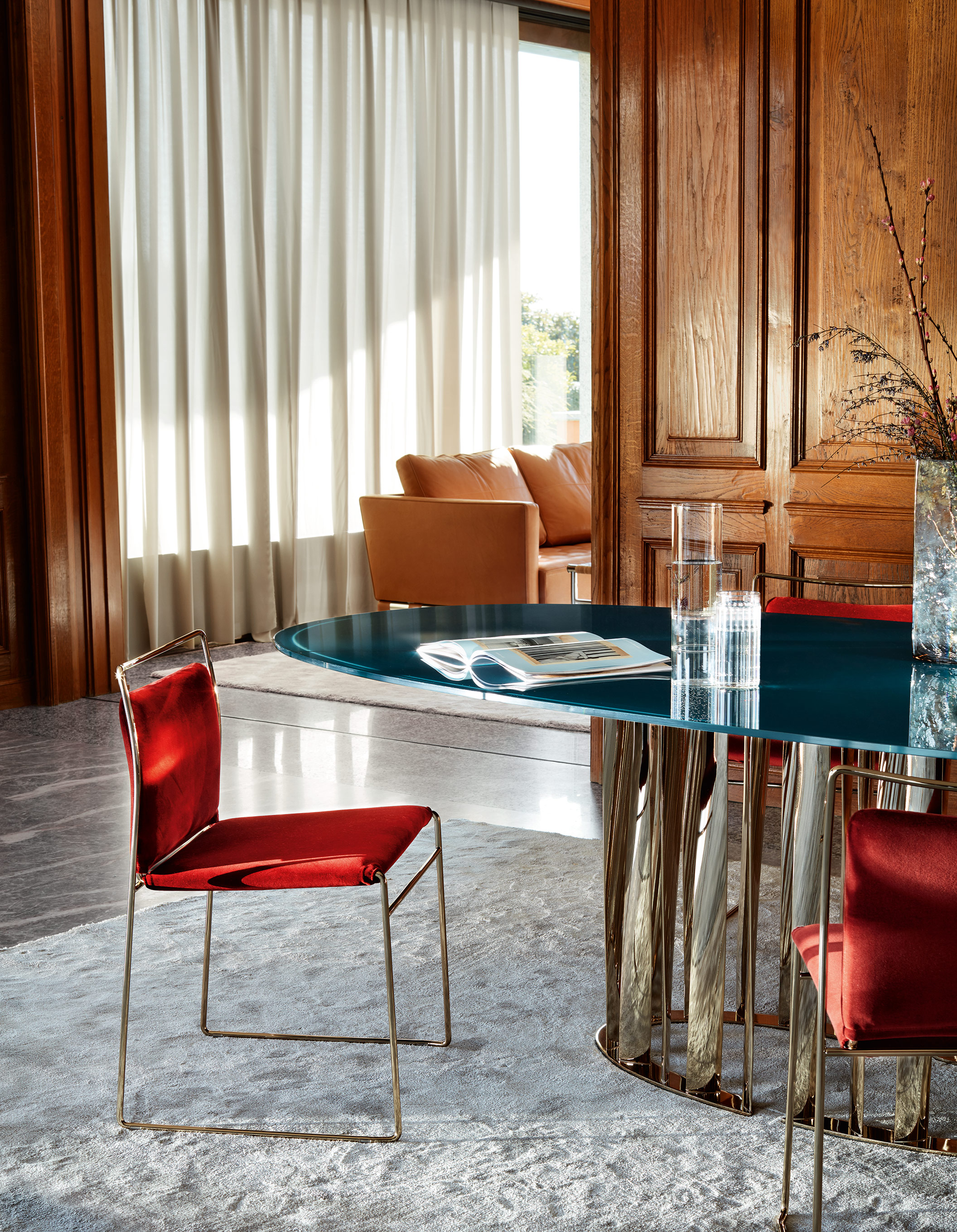