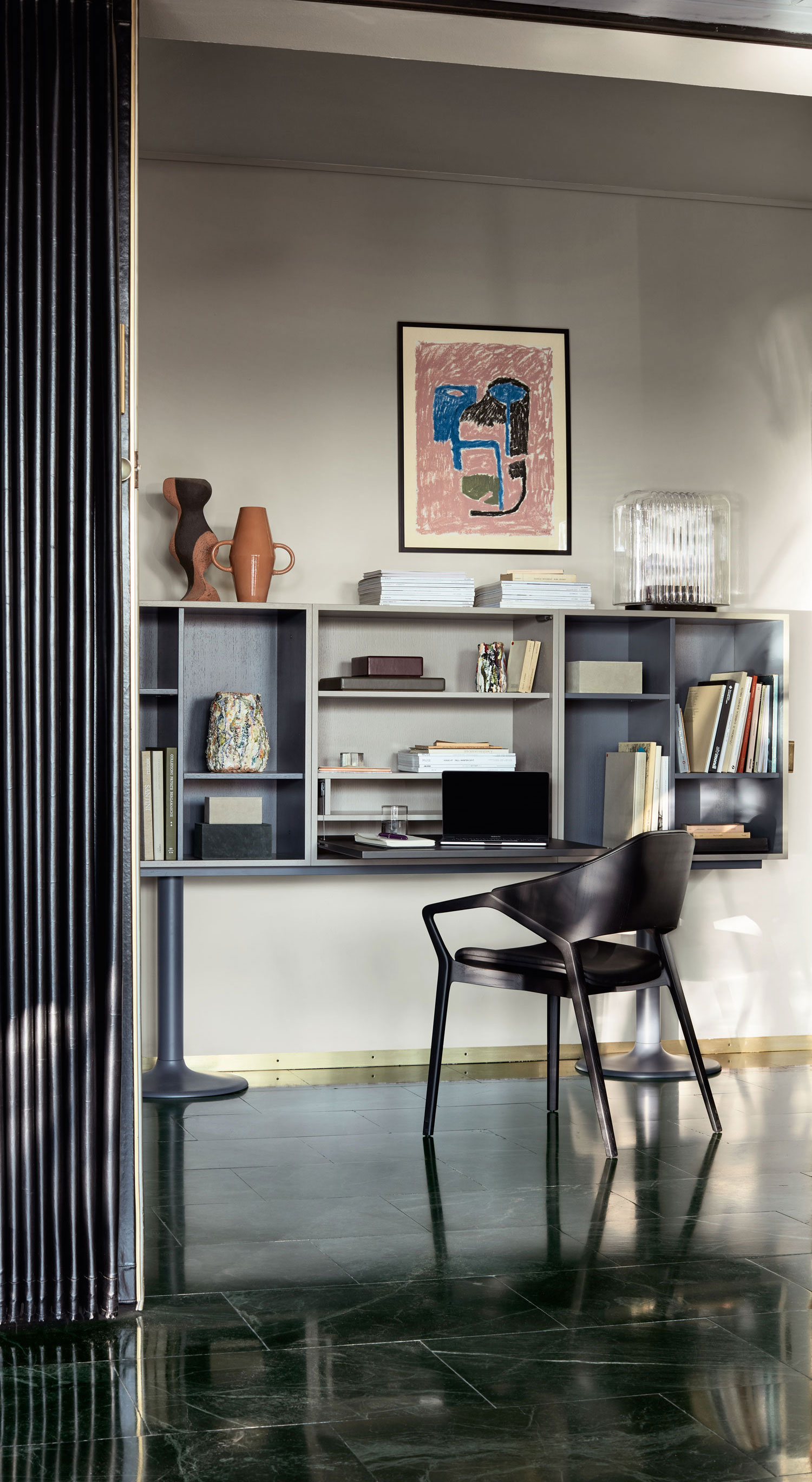 With their timeless, unique features, these combinable modular cabinets are capable of architecturally organizing any room, holding any object and arranging themselves in any space, to create an authentic furnished wall.

Part of the model home project by Le Corbusier in 1925 for the Pavillon de l’Esprit Nouveau, the Casiers Standard mark the turning point of moving beyond the traditional concept of furnishings; Cassina revisits these design containers with a contemporary approach that enhances the quality of the object, accenting its characteristics of versatility and functionality.

The Casiers Standard formed part of a project for residential furniture by Le Corbusier and Pierre Jeanneret for the Pavillon de l’Esprit Nouveau at the Paris Exposition des Arts Décoratifs in 1925. Here, the cousins Jeanneret went beyond the traditional concept of furniture, introducing these modular storage units, alongside a number of other movable pieces. Unique and timeless, conceived to confer an architectural look to their environment, these units could accommodate a wide array of objects in a particular context, even going so far as to create partition walls. The Casiers Standard were relaunched in 2016, with a more contemporary look. Enhanced so as to be more versatile and functional than ever before, they are available in eighteen fixed compositions. These are based on a 75 x 75 x 37.5cm module that contains shelves, each of these featuring five height options; legs are supplied in two versions: four slim-line chromed pilotis, or two painted round pedestal bases.

Charles-Edouard Jeanneret, known as Le Corbusier, was born at La Chaux-de-Fonds, in the Swiss Jura, in 1887; he died in France, at Roquebrune-Cap-Martin, on the French Côte d’Azur, in 1965.Early in his career his work met with some resistance owing to its alleged «revolutionary» nature and the radical look it acquired from its «purist» experiments; in time , however, it won the recognition it deserved and it is still widely admired. His message is still being assimilated by an ever increasing number of people in the profession, but his far-out avant-garde attitudes should be interpreted with due consideration for the use of rational systems in his planning method, evidenced by extremely simple modules and formes based on the functional logic.

The line includes 18 fixed compositions with a predefined standard module equipped with adjustable shelves in 5 heights and two types of supports.

Coffee and side tables