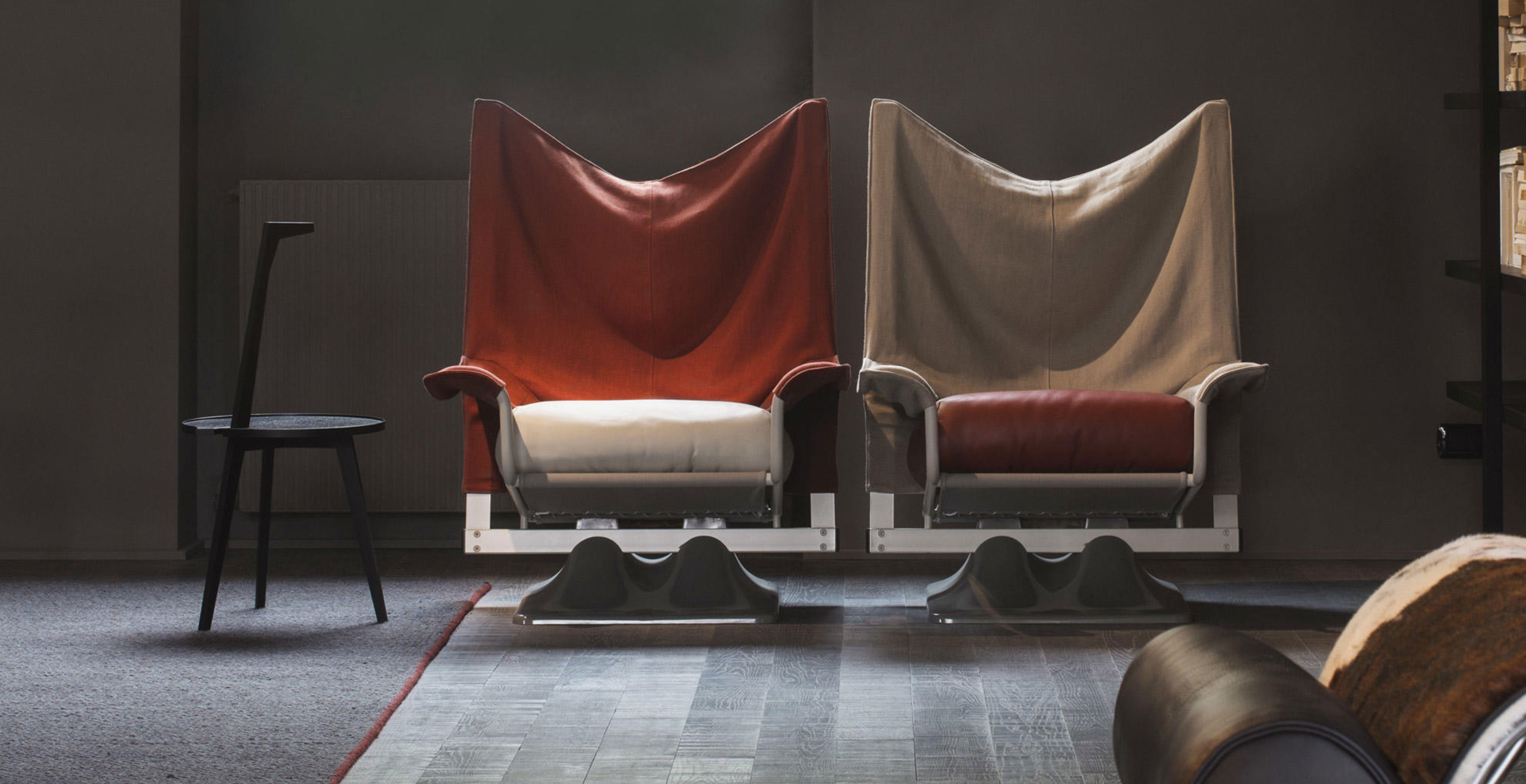 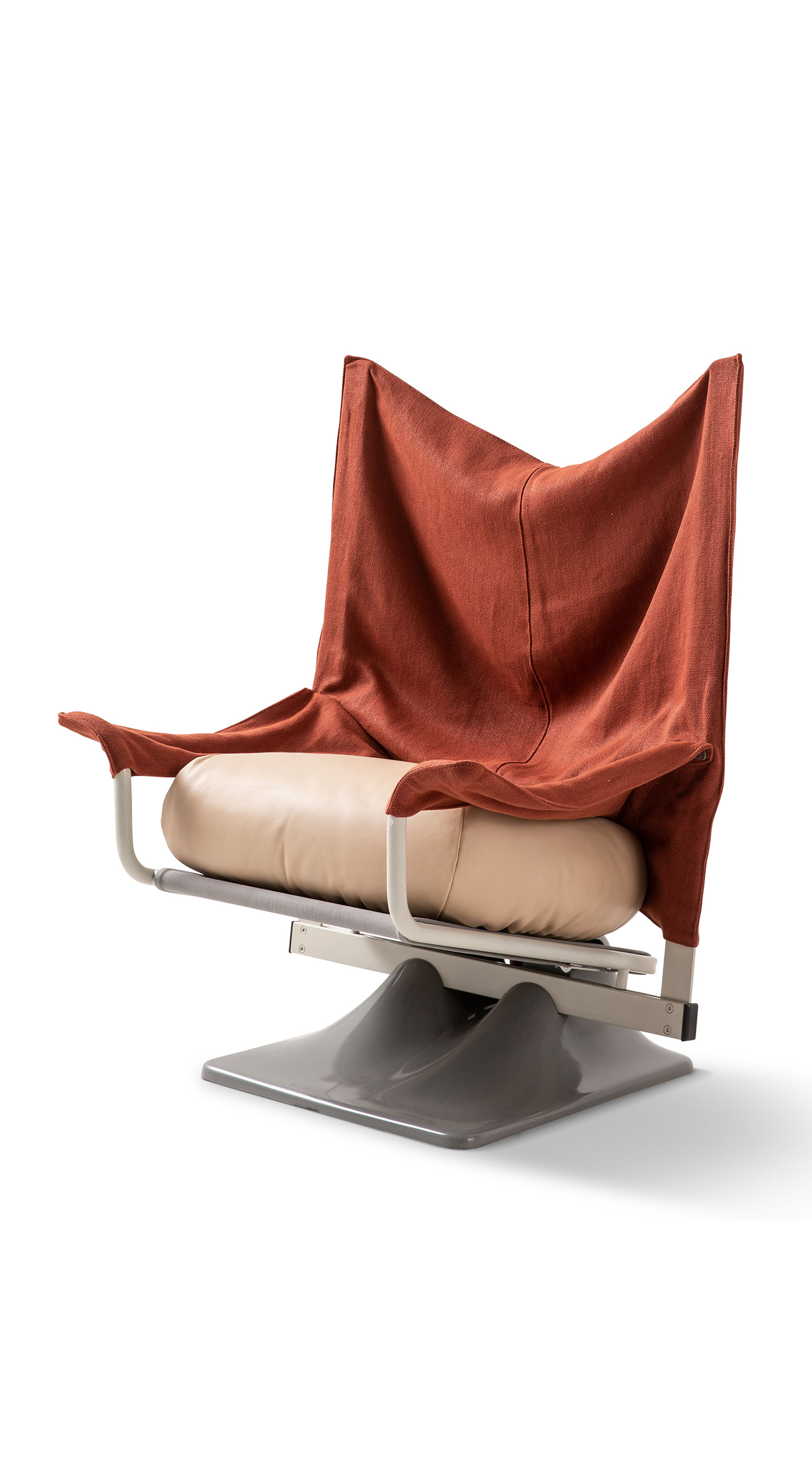 Designed by Paolo Deganello for the Archizoom Group in 1973 as an unorthodox interpretation of the modern design armchair, the audacity of its shapes is echoed in the experimental use of materials.

The AEO chair was the last product from the Archizoom group, and was designed by Paolo Deganello in 1973 as an unconventional interpretation of a contemporary armchair. Using experimental materials, the piece was originally available for self-assembly. A wide array of upholstery options were on offer, which enhanced the chair’s potential for personalisation. The quintessence of functionality and versatility, AEO is thus typical of a Cassina piece, since it can be taken apart and washed, while being light and comfortable, the perfect partner for any space and style.

Born at Este, Padua, in 1940, Paolo Deganello graduated in architecture at Florence in 1966, From 1963 to 1974 he was engaged in town planning for the council, of Calenzaro (Florence). In 1966 he founded the Archizoom Associates studio, together with Andrea Branzi, Gilberto Corretti and Massimo Morozzi, which closed in 1972. He continued with his private practice as architect and designer in Milan, with commissions in Italy and abroad.

Initially delivered in pieces to allow the customer to assemble it, the armchair is available in a vast array of upholstery options and combinations of leather and fabric.