A strikingly fascinating buffet-sideboard that, along with the Red and Blue armchair by G. T. Rietveld, is the essence of the new spatiality of neoplasticism and a key benchmark in the affirmation of modern design.

Represents, with the Red and Blue, the essence of the new spatial concept of neoplasticism. A key benchmark in the establishment of the Modern style, this sideboard, designed in 1919, was originally used in the model home designed by J․P Oud for Spargen, Rotterdam, and in various interior design projects, including the project for P․J Elling. The original model was destroyed in a fire and was only rebuilt under the supervision of the designer in 1951 for an exhibition at the Stedelijk Museum in Amsterdam. Today, Cassina produces this storage unit for the first time in its historic carpentry in Meda, in collaboration with the designer’s heirs. The pure lines of the structure create a grid based on a structural core to which surfaces, drawers and storage units are added. The model is influenced by F․L․ Wright and the Anglo- Japanese art of E․W․ Godwin, particularly as regards the accentuated horizontal surfaces, which are offset by the vertical supports which form a grid from which the storage compartments are hung. The supporting grid, virtually continuous, has contrasting sections of slats that exalt their dynamism towards the exterior.

Gerrit Thomas Rietveld, born in Utrecht on 24 June 1888, seems possessed of two personalities, each so distinct that one might take his work to be that of more than one artist. The first personality is that seen in the craftsman cabinet-maker working in a primordial idiom, re-inventing chairs and other furniture as if no one had ever built them before him and following a structural code all of his own; the second is that of the architect working with elegant formulas, determined to drive home the rationalist and neoplastic message in the context of European architecture. The two activities alternate, overlap, and fuse in a perfect osmosis unfolding then into a logical sequence.

The pure lines of the structure of this sculptural sideboard form a grid into which the various structural components are inserted. 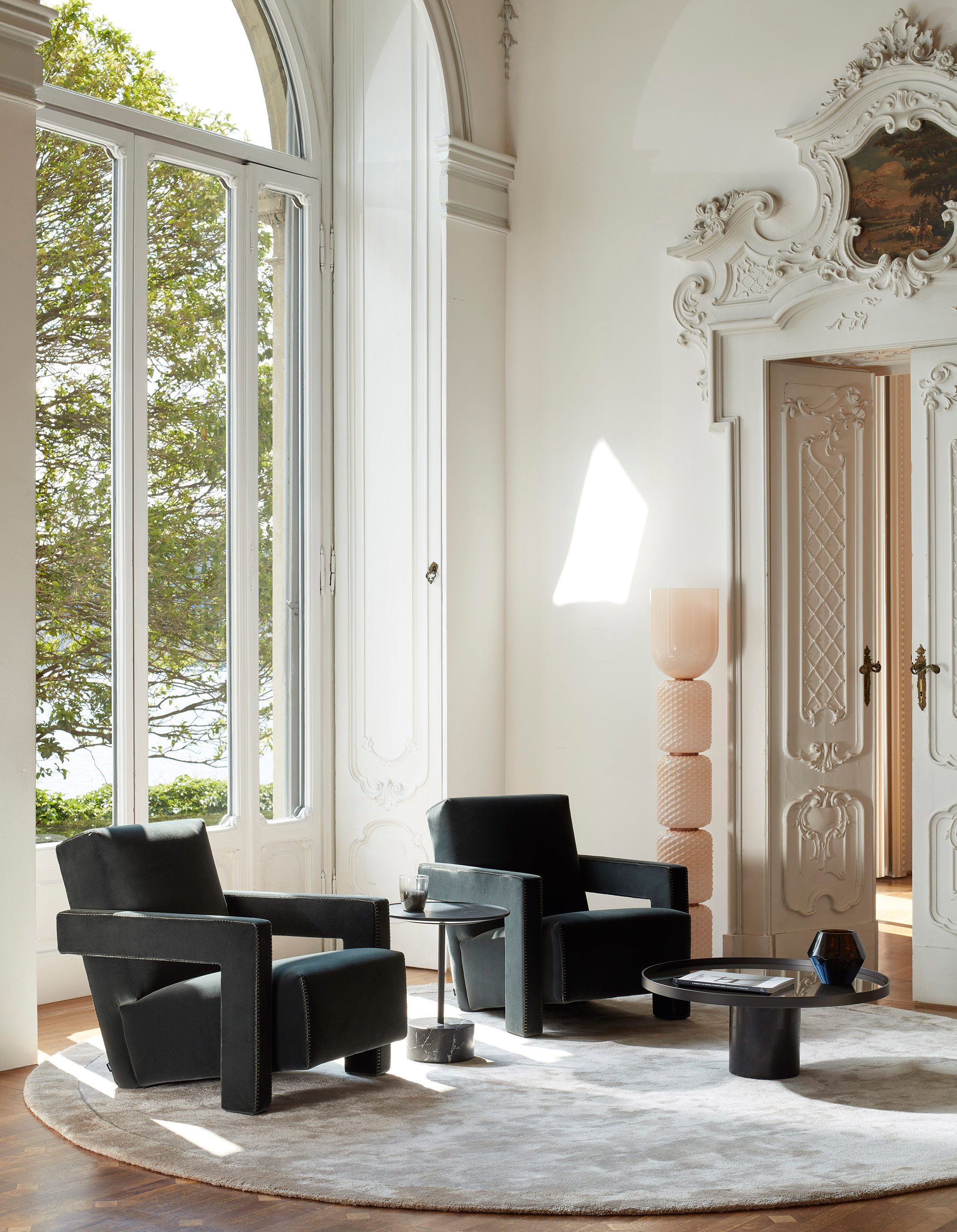 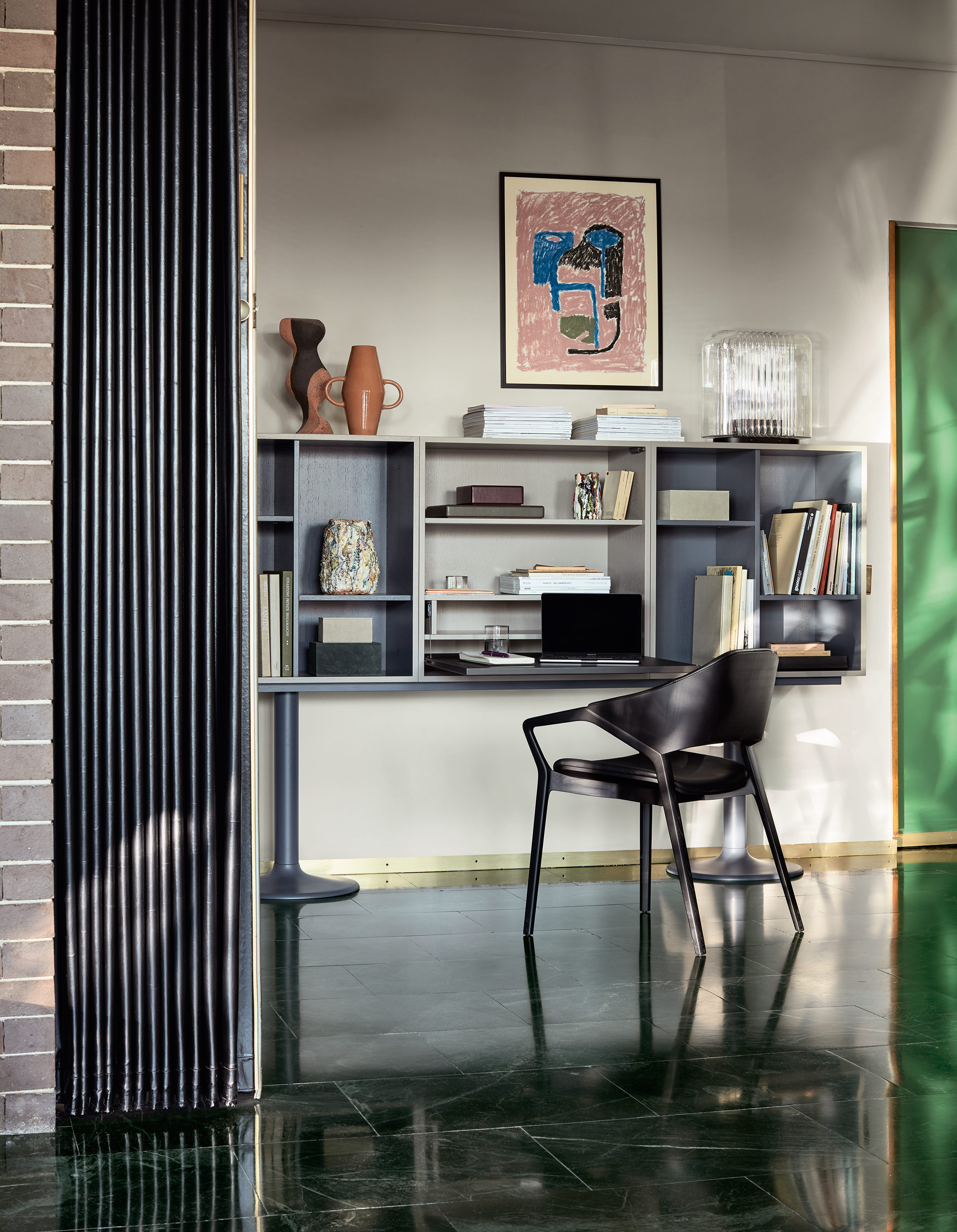