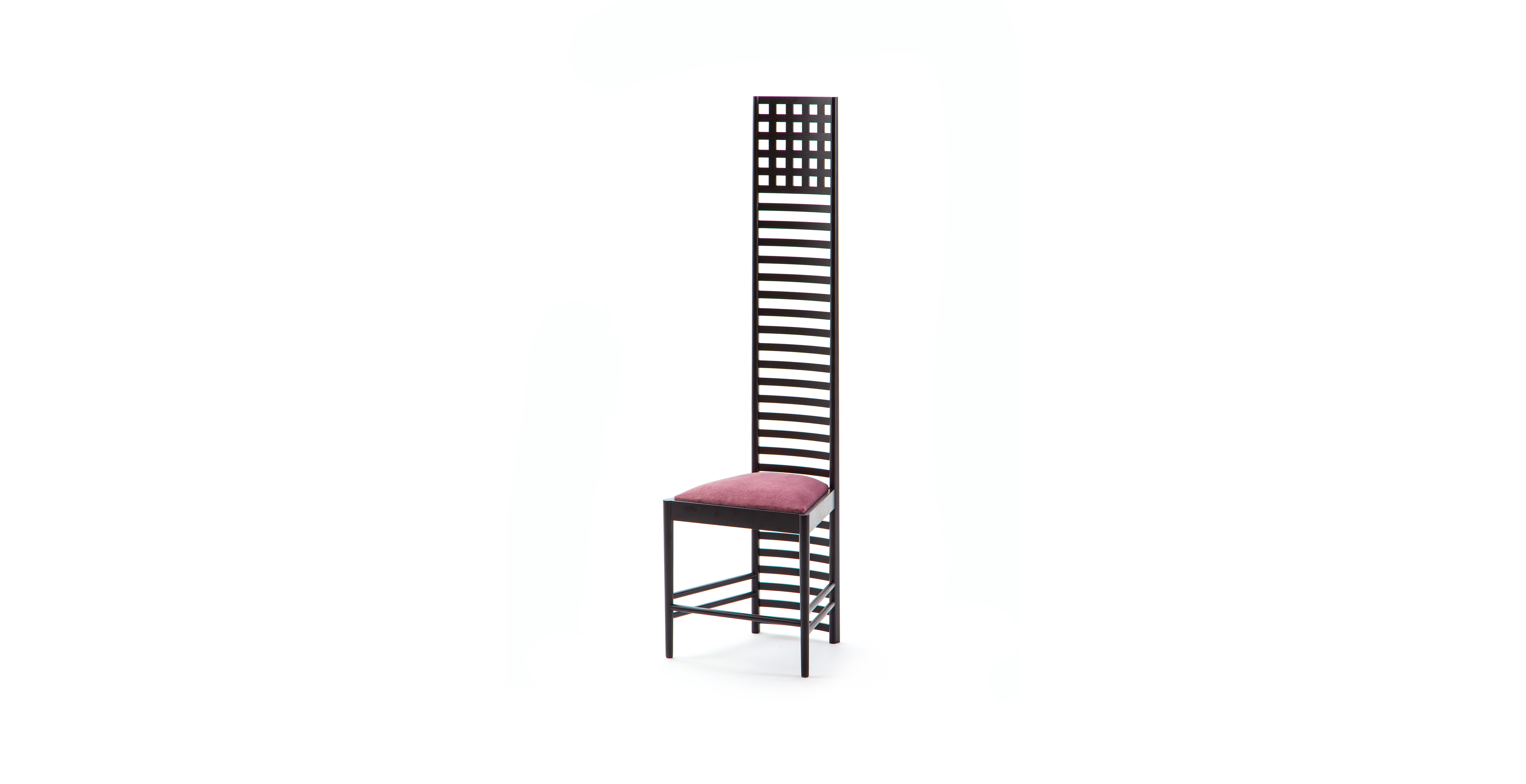 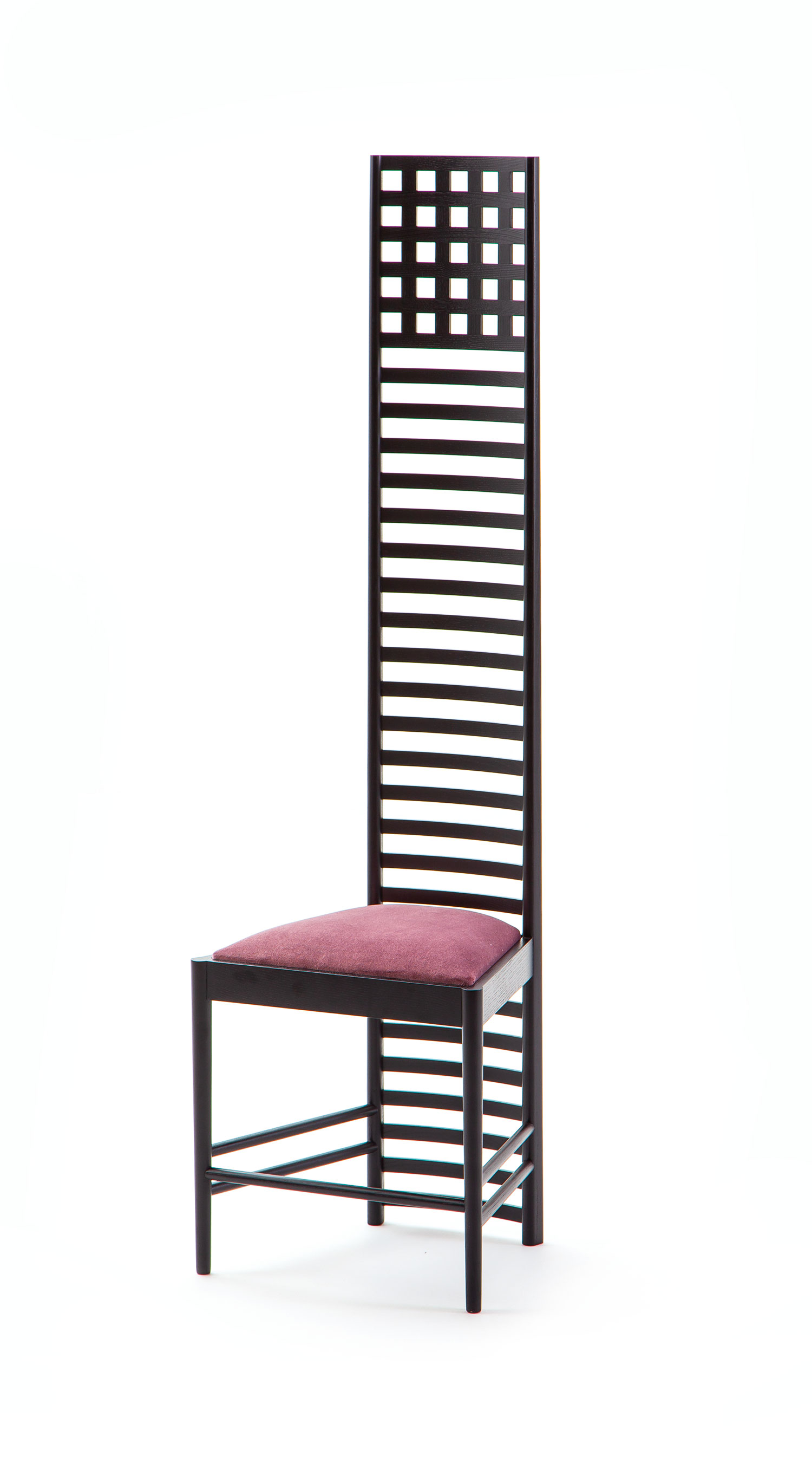 An iconic chair, a timeless design furnishing made entirely of solid wood that accurately reflects the style of the Scottish master Mackintosh, known for the complex challenges he set himself, like this ageless piece still considered an authentic treatise on spatial intricacy.

This iconic chair reflects Charles Rennie Mackintosh’s style and his fearless approach to the most challenging manufacturing processes. Originally a furnishing accessory for one of Mackintosh’s major design projects, Hill House in Helensburgh, near Glasgow, Scotland, from which its name derives. The linear, geometric form is evocative of the minimal, abstract lines of Japanese graphics, which confer symbolic and figurative symbolic value to the piece’s striking visual impact. This piece is seen by many critics as not only a chair but also a veritable treatise on the way space can be articulated. The tall back is defined by a succession of vertical lines that are topped with a grid of verticals and horizontals. Thanks to the mastery of the furnitire makers of Meda, in the Brianza area north of Milan, Cassina has re-issued the Hill House chair, which is available in black-stain ashwood, with a velvet seat-cushion.

Charles Rennie Mackintosh was born in Glasgow in 1868 and died in London on 10th December 1928. His personality is one of those that characterize the period immediately preceding the Modern Movement.s name is mainly connected with the design for the Glasgow School of Art: he was the animator and most authoritative exponent of the group known as the “Glasgow School” and he distinguished himself principally because he recovered the most authentic values of the Scottish idiom and of neo-Gothic taste.

Cassina revisits Hill House 1 relying on the talent of the skilled Meda artisans who, with absolute mastery, reproduce the chair in ash with the high backrest in its original progression of vertical lines contrasted by a grid pattern of vertical and horizontal pieces at the limit of material resistance.